Saudi Arabia will deploy its own missile-defence systems to protect oil installations in the country’s east, following reports that the US was withdrawing two of its Patriot missile batteries from the kingdom, Al-Arabiya reported.

The Saudi-owned network reported on Monday that Riyadh would be deploying its Patriot Advanced Capabilities-3 (PAC-3) batteries to the kingdom’s oil-rich eastern province to replace the US’ Patriot surface-to-air missiles, which are meant to protect ground assets from missile and aircraft attacks.

Al-Arabiya said while two Patriot missile batteries would be withdrawn, the US would be still leaving two batteries at Prince Sultan airbase, some 80km south of the capital Riyadh. 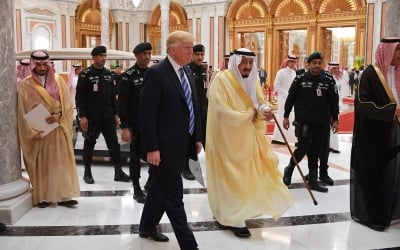 The US deployed the patriot batteries to the kingdom in late September after a series of drones and missiles targeted two Saudi oil facilities in Abqaiq and Khurais.

The attacks on the Saudi Aramco facilities shut down around 5.7m barrels per day of crude oil production, causing a spike in oil prices.

Yemen’s Houthi group claimed responsibility for the attacks, but both Saudi Arabia and the United States blamed Iran, a charge Tehran denies.

Last week, the Wall Street Journal reported that Washington was withdrawing the batteries because “some officials” felt that Iran “no longer poses an immediate threat to American strategic interests.”

The Journal said that in addition to withdrawing the Patriot systems and dozens of military personnel, the US was also considering winding down its naval presence in the Gulf.

Washington has already ordered the relocation of two fighter jet squadrons, it said.

Bloomberg reported that the four Patriot batteries were scheduled to be withdrawn in March but their redeployment was delayed after two rocket attacks on Camp Taji in Iraq.

‘We’ve been taken advantage of’

The traditionally warm relationship between Saudi Arabia and the US has strained in recent weeks, largely due to a crash in oil prices due to a Saudi price war with Russia.

“We’re making a lot of moves in the Middle East and elsewhere. We do a lot of things all over the world, militarily we’ve been taken advantage of all over the world,” President Donald Trump said on Thursday, regarding the withdrawal of the missile systems.

“This has nothing to do with Saudi Arabia. This has to do with other countries, frankly, much more.”

On Friday, US Secretary of State Mike Pompeo claimed the Patriot missile withdrawal did not signal a decrease in support for the kingdom and was not related to the oil war.

Pompeo said the US still considered Iran a threat.

“Those Patriot batteries had been in place for some time. Those troops needed to get back,” Pompeo told the Ben Shapiro radio show. “This was a normal rotation of forces.”

In a statement, Saudi Arabia said Trump confirmed Washington’s commitment to protecting its interests and the security of its allies in the region.

Trump also reiterated US support for efforts aimed at reaching a political solution to the crisis in Yemen, the statement said.