This is the third Christmas members of my family have spent in Bahranian prison cells. The UK must stop abetting an abusive regime 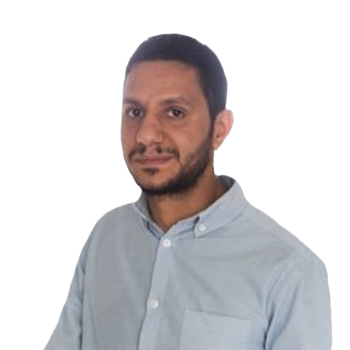 As people around the world celebrate the festive season surrounded by loved ones, for the third year in a row three members of my family have spent Christmas in Bahrani prison cells. They have not committed any crime. Rather, my mother-in-law, Hajer Mansoor, her son Sayed Nizar and her nephew Mahmood have been taken hostage by Bahrain’s regime in an attempt to silence my human rightsactivism in the UK.

I fled Bahrain in 2012 after being imprisoned and tortured for joining pro-democracy protests during the Arab Spring; a deep scar on my forehead is a daily reminder of what I endured. Separated from my family in Bahrain, the festive season is often a lonely one, so I could hardly suppress my excitement when I received news this week that the government would be releasing prisoners to mark Bahrain’s National Day.

While displays of clemency on national holidays are traditional in Bahrain, this one was unusual in including political prisoners. When I heard that my mother-in-law’s cellmate and fellow political prisoner Medina Ali was among those released, I began to hope that my family might be, too. After all, the UN had already called for their release, describing their convictions as unlawful “acts of reprisal” for my activism.

My family spent a night in anxious anticipation, waiting by the phone for a call from the prison. As the hours passed, optimism gave way to tears as Hajer’s 14-year old daughter realised her mother wasn’t coming home.

When my relatives were arrested in early 2017, Sayed was just 18. During his interrogation, he was stripped, blindfolded and beaten. Officers threatened to rape him and kept him awake for two days, until he signed a pre-written confession implicating his family in a fabricated crime. He is now serving 11 years.

Since arriving at Isa Town Prison, meanwhile, my mother-in-law has been persecuted for being a political prisoner. Last year, she was assaulted by prison guards after her case was discussed in the UK Parliament and UN General Assembly. When taken to hospital, officers insisted her injuries were self-inflicted. They refused to remove her handcuffs while a doctor examined her.

Since then, Hajer has been subjected to further punitive measures, including isolation, strip searches and the denial of medical care. She has seen her children just once in over a year, a visit granted after significant international pressure.

While events in Bahrain may seem distant, the British government is deeply implicated at every stage of my family’s ordeal. As a strategic ally in a volatile region, the UK government has invested heavily in propping up the Bahraini regime. While weapons sales to the region have been halted by the High Court (£105 million worth of weapons have been sold to Bahrain since 2011), Britain continues to provide substantial financial and technical support to the country.

As well as training a Bahrani police force accused of torture and sexual violence, the UK government has bolstered a climate of impunity which vindicates abusers. Part of the £6.5 million provided by the UK to Bahrain since 2012 to support justice reform has funded training to human rights bodies the UN describes as neither effective nor independent. These bodies actively covered up the torture my family endured, paving the way for their conviction. They continue to benefit from British training: just weeks ago, the UK’s College of Policing conducted a workshop with Bahrain’s Special Investigations Unit.

Faced with scrutiny from human rights groups, the Foreign Office has since 2017 begun to channel funding for Bahrain through the secretive Integrated Activity Fund, a £20-million-a-year public fund reserved for dictatorships in the Arab Gulf. Attempts to find out how this fund is spent have been consistently rebuffed, and it is easy to see why.

As someone who has experienced the horrors of torture and imprisonment in Bahrain, it is maddening to see the UK government empowering the regime that is keeping my family in jail. British support has done nothing but throw a flatteringly reformist light on despots.

Britain’s new government, with its open animosity towards human rights and the rule of law, seems even less likely to pressure its Gulf allies to change. Despite 52 MPs, lawyers and human rights groups calling on the government to advocate for my family’s release, they have failed even to express concern. I look to parliament and the free press to hold Boris Johnson’s majority government to account, and raise their voices so that my family walks free.

Sayed Ahmed AlWadaei is the advocacy director of the UK-based Bahrain Institute for Democracy and Human Rights (BIRD).