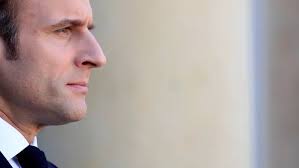 29 April 2019 – Today, Americans for Democracy & Human Rights in Bahrain (ADHRB) sent a letter to President Emmanuel Macron ahead of Macron’s meeting with Bahrain’s King Hamad bin Isa AlKhalifa on Tuesday 30 April 2019. In our letter, we urge Macron to have a frank conversation with King Hamad about Bahrain’s human rights environment and to raise concerns about restrictions on freedom of expression, assembly, and association, arrests of human rights defenders and political activists, and arbitrary detention and torture. You can find a PDF of the letter here.

Husain Abdulla, Executive Director of ADHRBcommenting on the visit: “King Hamad’s visit to France and his meeting with President Macron is an important test of France’s willingness to stand up for human rights and call allies to account for their abuses. In recent years, Bahrain has cracked down on free expression, free assembly, and free association, arrested peaceful dissidents and activists, and empowered its security forces to arbitrarily detain and torture anyone deemed too critical of the government. It is important that allies have open, honest conversations with each other about critical issues. This is Macron’s chance to stand up for human rights and the people of Bahrain and we urge him to seize it.”

We write to you ahead of your meeting with Bahrain’s King Hamad bin Isa AlKhalifa on Tuesday 30 April 2019 to urge you to have a frank conversation with the king about the poor human rights situation in the kingdom. As France is a close ally of Bahrain, it is critical that France – among Bahrain’s other close partners – hold the kingdom accountable for its rampant and widespread human rights abuses. In your conversation with King Hamad, Americans for Democracy & Human Rights in Bahrain (ADHRB) calls upon you to urge the king to end his government’s attacks on free expression, free assembly, and free association; release political prisoners and free human rights defenders; re-institute the dissolved opposition political societies; and end the culture of impunity by enforcing accountability for rights abuses by government agents and security force officials.

The Bahraini government engages in rampant, widespread, and systematic human rights violations. The government has passed laws that effectively criminalize freedom of expression deemed critical of the king, the government, or the ruling family. The government has also used spurious concerns about national security to ban rallies and public gatherings in Manama, severely restricting the rights to free assembly. Moreover, beginning in 2016, Bahrain began a targeted campaign against the country’s political opposition, dissolving major political societies, and sharply constricting civil society space and the right to free and peaceful association.

In 2016, the Government of Bahrain embarked on a systematic campaign against the kingdom’s organized political opposition. In July 2016, the authorities dissolved Al Wefaq, Bahrain’s largest political opposition group and a Shia society, with courts subsequently rejecting all appeals. Less than a year later, in May 2017, the authorities took almost similar measures against the National Democracy Action Society, also known as Wa’ad. The government closed the group over unfounded allegations of “incitement of acts of terrorism and promoting violent and forceful overthrow of the [government]” after Wa’ad criticized the closure of Al Wefaq and issued a statement describing Bahrain as experiencing a “constitutional political crisis.” These rulings, with the upholding of Wa’ad’s dissolution in October 2017 and the final ruling in January 2019, leave the small Al Wahdawi society as the only legal opposition group still operating in Bahrain, although their members face threats and harassment from officials.

As the government moved against the formal opposition societies, authorities have targeted political leaders, including Ebrahim Sharif of Wa’ad, and Sheikh Ali Salman of Al Wefaq. Sharif has been in and out of prison and has been the subject of travel bans and harassment. He was first imprisoned in 2011, but was released early on a royal pardon in June 2015. However, shortly after his release, he was re-imprisoned for seven months before again being released. Then, in March 2019 he was arrested for criticizing Sudan’s President Omar al-Bashir, although his six-month sentence was later suspended.

Sheikh Ali Salman, the former Secretary General of Al Wefaq, has also been targeted by the government. He is currently serving a life sentencein prison after being convicted in November 2018 of spying for Qatar. His sentence came just weeks before Bahrain held elections for its lower house of parliament. Even before this latest sentence, Sheikh Salman had been in prison since 2014, when he was arrested and sentenced to four years in prison on free expression charges relating to political speeches he had given in his capacity as Secretary General of Al Wefaq. Others like Hassan Mushaimaand Abdulwahab Hussain, longtime political activists, are also serving time in prison for their political activity. Mushaima and Hussain are serving life prison sentences because of their roles in leading the 2011 mass pro-democracy demonstrations.

In addition to targeting political activists, the Bahraini government has suppressed human rights defenders, jailing activists who have reported on the poor human rights conditions in the kingdom. Among the dozens serving time in prison are Abdulhadi AlKhawaja, Dr. Abduljalil AlSingace, and Nabeel Rajab. AlKhawaja and AlSingace were arrested after the 2011 pro-democracy demonstrations and sentenced to life in prison based on their activism. Rajab has been in and out of prison since 2011. His most recent sentence came on 31 December 2018, when Bahrain’s Court of Cassation upheld had his five-year prison sentence, which is based on tweets and retweets critical of Bahrain’s involvement in the war in Yemen and torture in Jau Prison. Due to his activism and outspoken criticism of Bahrain’s poor human rights record, on 6 June 2018, the City Council of Paris awarded Rajab honorary citizenship of Paris.

At the heart of Bahrain’s poor human rights record is a system of impunity supported by government officials at the highest level that allows for the arbitrary detention and torture of dissidents and critics and not only does not hold authorities accountable, but in some cases, promotes them through the chain of command. ADHRB has analyzed over 1,000 discrete incidents of abuse, comprising more than 3,000 specific rights violations from 2011 until today attributable to the Ministry of Interior (MoI). Of these 1,000 documented incidents, 570 involve torture and 517 involve arbitrary detention. Authorities’ rampant use of arbitrary detention underlines a litany of rights abuses, including torture, coerced confessions, mass trials, and unfair sentences based on little objective evidence. But even as some victims of torture and arbitrary detention have identified officials committing rights abuses, these officials avoid prosecution and in some cases are promoted. For example, Mubarak bin Huwail was accused of torturing six medics, but was acquitted and later promoted to Brigadier General and appointed head of the Southern Governorate Police Force.

Mr. President, your meeting with King Hamad AlKhalifa is an important time to demonstrate your government’s commitment to human rights and fundamental freedoms. We urge you to raise these issues in your meeting with the king and to have a frank conversation about the Bahraini government’s rights abuses. We call upon you to pressure him to release all political prisoners and human rights defenders, lift restrictions on civil and political societies, and end the culture of impunity by holding rights abuses accountable.