Australia’s football federation executives have finally met with the president of the Asian Football Confederation and Bahraini royal, Sheikh Salman al-Khalifa, more than 40 days after Hakeem al-Araibi was detained in Thailand.

Al-Araibi is a Bahraini dissident who has lived in Australia for four years, and is a permanent resident with refugee status on the basis of his fear of persecution in Bahrain.

The meeting is understood to have occurred at the AFC Asian Cup football championships in the United Arab Emirates, with FFA chair Chris Nikou expressing Australia’s desire to have al-Araibi freed and returned.

It follows weeks of criticism of the football bodies, as well as the international organisation Fifa, for an apparent lack of advocacy on behalf of the detained 26-year-old footballer. 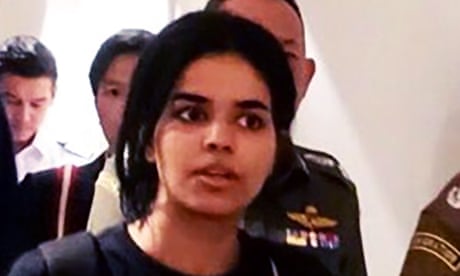 Australia’s foreign minister, Marise Payne, announced a visit to Thailand on Wednesday afternoon. She said as part of her trip, she would “advocate for the safe return to Australia of Mr Hakeem Alaraibi, who is currently detained in Thailand. Mr Alaraibi was granted permanent residency by the Australian government in recognition of his status as a refugee.”

Both FFA and the AFC declined to comment on the Asian Cup meeting or the attendance of Sheikh Salman.

When asked for further detail, FFA said it had been in contact with Australian officials since al-Araibi’s detention.

“FFA confirms it has also held direct dialogue with senior officials from Fifa, AFC and the Football Association of Thailand,” a spokesman said.

The AFC said it was “working with Fifa and other stakeholders”, and FFA said it “remains in contact with the Australian government and continues to advocate for the release” of al-Araibi.

“FFA requests the governments of Australia, Thailand and Bahrain to continue their efforts to enable the release of Mr Hakeem al-Araibi and to ensure his safe return to Australia in accordance with internationally recognised human rights conventions.”

Al-Araibi was detained at Bangkok airport in November on an erroneously-issued Interpol red notice which raised questions about the internal processes of Interpol, the Australian Federal Police, and the home affairs department.

He is currently in a Bangkok prison while a Thai court assesses Bahrain’s extradition request. He was recently told he could no longer use the phone, meaning his wife and family in Australia are unable to contact him.

Al-Araibi’s lawyers have lodged a citizenship application with Australia in an attempt to strengthen the country’s ability to demand his return, but have not received a response.

The Australian government has reportedly said it will consider offering a humanitarian visa to Saudi woman, Rahaf al-Qunun, who was also arrested in Bangkok this week and was facing deportation.

The arrest of al-Araibi has drawn international condemnation and numerous human rights organisations and football groups are campaigning for his release.

However Fifa, the AFC, and FFA have all been criticised for their muted responses or silence.

The day after al-Araibi was arrested, senior executives of FFA met with Sheikh Salman, and tweeted a picture from the FFA account. A spokesman told Guardian Australia they were unaware of the situation at the time, but there has not been any apparent contact since, until the Asian Cup meeting.

Yahya al-Hadid, of the Gulf Institute for Democracy and Human Rights (GIDHR) said the football community, particularly in Australia, had rallied behind al-Araibi alongside human rights defenders, but there were question marks around the larger bodies like Fifa.

“If their relationship to Gulf states is affecting their responses, it raises the question: are they independent?” he said.

“The silence of Fifa is concerning … also the silence of the AFC and its president. Don’t they have ethical rights and responsibilities to protect their members?”

Former Socceroos captain and football commentator, Craig Foster, likened the situation to a “perfect storm” of football politics, with no one apparently willing to ruffle feathers ahead of two elections in 2019 – for the AFC and Fifa leaderships.

Sheikh Salman is seeking reelection to the AFC presidency, and FFA chair Nikou is seeking a place on the AFC executive committee.

Sheikh Salman is a member of the Bahraini royal family and was specifically criticised by al-Araibi in media interviews in 2016 for his lack of assistance when he and other Bahraini athletes were targeted.

The athletes were caught up in a crackdown on pro-democracy protests during the Arab Spring. Al-Araibi was tried and convicted in absentia in a trial which was clouded by accusations of coerced confessions and the ignoring of key evidence.

“His own government is requesting the extradition of the player, he’s part of the royal family and clearly has great sway there and yet to date … appears to have done absolutely nothing to advocate for Hakeem’s rights,” Foster said last month.

… we’re asking readers to make a new year contribution in support of The Guardian’s independent journalism. More people are reading our independent, investigative reporting than ever but advertising revenues across the media are falling fast. And unlike many news organisations, we haven’t put up a paywall – we want to keep our reporting as open as we can. So you can see why we need to ask for your help.

The Guardian is editorially independent, meaning we set our own agenda. Our journalism is free from commercial bias and not influenced by billionaire owners, politicians or shareholders. No one edits our editor. No one steers our opinion. This is important as it enables us to give a voice to those less heard, challenge the powerful and hold them to account. It’s what makes us different to so many others in the media, at a time when factual, honest reporting is critical.

Bahrain’s dictator under international pressure not to kill two natives