Dominic Dudley , CONTRIBUTORI write about business and politics in the Middle East and beyond  Opinions expressed by Forbes Contributors are their own.

The International Monetary Fund (IMF) has called on the Bahrain government to take further action to shore up its shaky financial position, saying a large package of revenue and expenditure measures – including new taxes – is “urgently needed”.

While the economy is expanding – helped by relatively high oil prices – the growth rate is expected to fall in the coming years. Government spending consistently outweighs revenues, leading to a steadily growing debt pile which is expected to exceed 100% of GDP next year. In addition, the government’s reserves remain very low, covering just one and half months of imports at the end of 2017.

In the light of all this, the IMF set out a number of policy ideas – including the controversial tax proposal – in a statement issued on May 30, following a visit to the country in late April and early May to conduct an annual review of the economy. 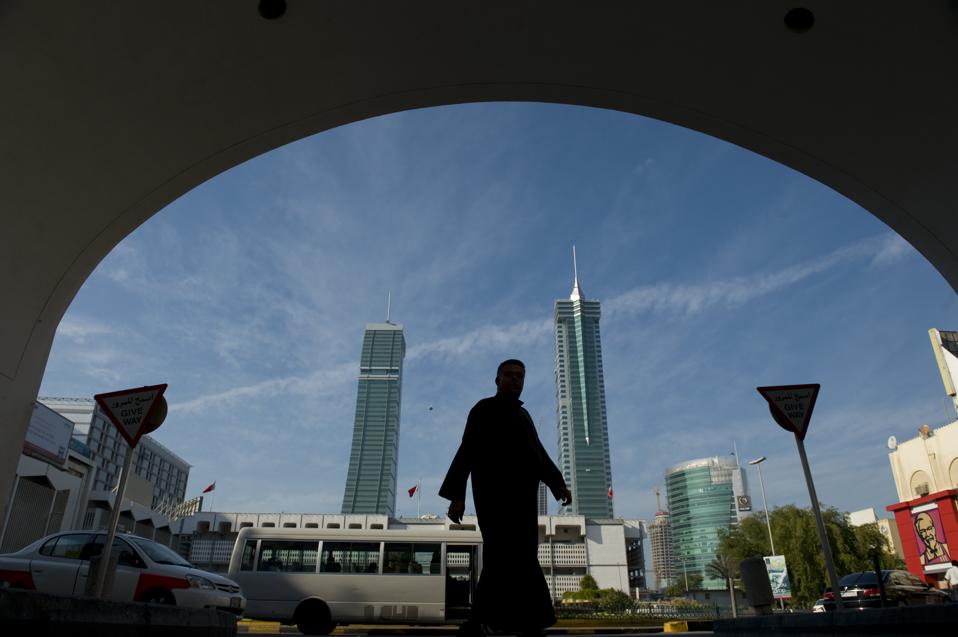 “Over the medium term, the deficit is projected to remain sizable, with a rising interest bill as public debt continues to increase. Without further measures, non-oil revenue is expected to stagnate and growth to slow,” said Bikas Joshi, the official who led the IMF team that visited Bahrain.

He went on to say that a “large fiscal adjustment is a priority” for the country, given the absence of financial buffers and the rise in fiscal and external vulnerabilities.

“Such a plan should comprise revenue and expenditure measures, while protecting the most vulnerable,” he said. “The implementation of a value-added tax, as planned, would be important. Additional revenue measures—including consideration of a corporate income tax—would be welcome. Consideration should also be given to better targeting subsidies and addressing the large wage bill.”

As yet there does not appear to have been any official reaction from the Ministry of Finance in Bahrain to these ideas. Taxation is a sensitive topic in the Gulf, where the power of unelected ruling families rests on an implicit social contract with their populations in which political freedoms are heavily curtailed but the economic needs of locals are largely met by the state.

If corporation tax were to be introduced, it would mark an important shift. Like much of the Gulf region, Bahrain is a low-tax economy. As accountancy firm PwC notes, there are no taxes on income, sales, capital gains or estates for almost all companies. The one major exception is for companies involved in the oi and natural gas sector, where a 46% tax is charged on profits.

There is also currently no VAT in Bahrain, although the authorities have committed to introducing a 5% levy at some point, in line with what Saudi Arabia and the UAE have already done.

As the introduction of VAT shows, the Gulf’s position as a low tax region is changing these days, as governments face up to a tighter fiscal environment. While higher oil prices in recent weeks have eased the pressure to some extent, in the longer-term significant reforms are all but unavoidable.

It is not all bad news for Bahrain. On the positive side, the country’s banking system remains well capitalised and liquid and the economy is being boosted by a recovery in oil production, ongoing support from neighbouring allies for project activity, and rising refinery and aluminium production capacity. And the country received a boost in early April with the discovery of large new oil and gas reserves.

However, the outlook for the non-oil economy is rather mixed and the IMF says that “sustained structural reforms remain key to supporting growth and diversification”.

Dominic Dudley is a freelance journalist with almost two decades’ experience in reporting on business, economic and political stories in the Middle East, Africa, Asia and Europe.