By Daniel Martin Policy Editor For The Daily Mail

Britain has handed more than £5million in aid to a justice project in Bahrain despite its flagrant abuses of human rights.

The Foreign Office has funded the training of Bahraini security officials, police and prison officers on many occasions since the Arab Spring.

Over that time, the number of people facing the death penalty has tripled, and executions are taking place for the first time since 2010.

The charity Reprieve said the fact that the British government was funding the scheme ends credibility to the brutal regime. 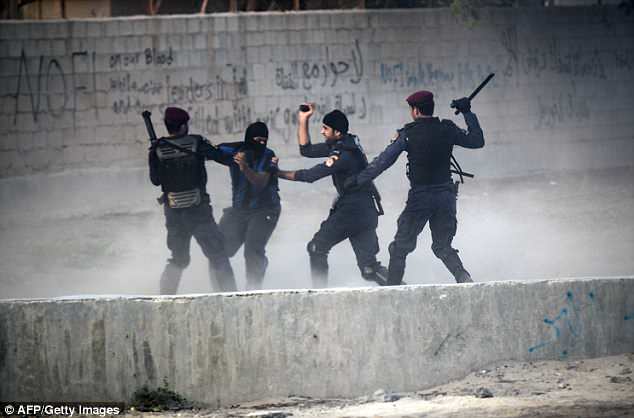 Britain has handed more than £5million in aid to a justice project in Bahrain despite its flagrant abuses of human rights. The Foreign Office has funded the training of Bahraini security officials, police and prison officers on many occasions since the Arab Spring (Bahraini police force arrest a protester during demonstration against the ruling regime in the village of Shakhora, west of Manama, on August 14, 2013)

Maya Foa, director of Reprieve, said: ‘A global Britain should be promoting human rights, not undermining them.’

There is no suggestion that any of the British groups receiving aid cash were aware of specific torture and abuses.

Among the groups working in Bahrain are HM Inspectorate of Prisons and Northern Ireland Co-operation Overseas (NI-CO), a non-profit owned by the Northern Irish government.

The report raises concerns about the involvement of NI-CO, which it said helped set up an ombudsman project that is supposed to investigate allegations of abuse by prison officers and police.

Instead, the charity claims, this ombudsman has covered up forced confessions and abuse. In addition, protesters were raped and tortured in a prison receiving NI-CO training

Aid money also went to Her Majesty’s Inspectorate of Prisons and the Causeway Institute (Causeway), a private Belfast-based company chaired by the Democratic Unionist Party’s chief whip in Parliament, the Sir Jeffrey Donaldson.

The report by Reprieve said: ‘Much of the Foreign Office funded assistance aimed to train Bahrain’s police and prison guards on human rights, as well as establish new bodies to investigate torture allegations.

‘However, over the course of this UK reform programme, Bahrain’s human rights record did not improve but rather deteriorated dramatically.

‘There were sustained allegations of torture in detention and coerced confessions, a tripling in the size of Bahrain’s death row, and – most seriously – the resumption of executions for the first time since 2010. 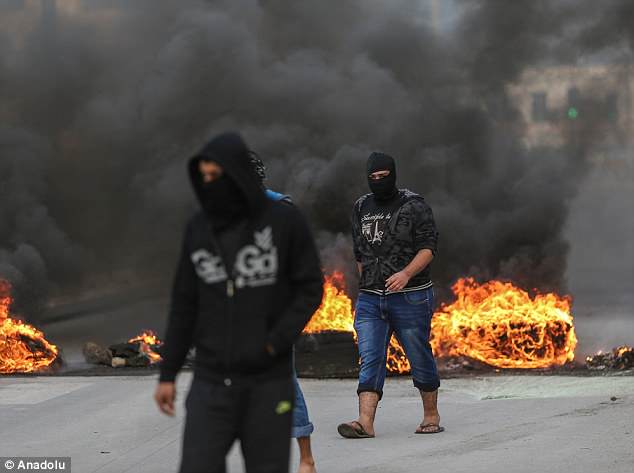 Professor Juan Mendes, former UN special rapporteur on torture, said: ‘The profile of Bahrain’s torture reforms has been bolstered by public endorsements from global allies, including the United Kingdom, which has trained these institutions for years.

‘There is a danger that the anti-torture bodies are used to create the veneer of compliance with the Convention Against Torture, whilst deflecting global attention from the dire state of affairs that persists in Bahrain.’

A spokeswoman for the FCO said: ‘Any assistance delivered by or on behalf of the UK government complies with our domestic and international human rights obligations.’

A spokeswoman for NI-CO told the Times that the death sentences of two prisoners were being reconsidered after intervention by the ombudsman.

Hindpal Singh Bhui, for the prison inspectorate, said last year: ‘It is important that we do not underestimate the importance of the first explicitly human rights custodial inspection body in the Gulf region.’