Britain has opened a permanent military base in Bahrain in an attempt to boost its role as a “major player” in the Middle East.

The £40m UK Naval Support facility at Mina Salman will be staffed by up to 500 soldiers, sailors and airmen.

It is 47 years since Britain left its original HMS Juffair base in Bahrain following the country’s declaration of independence.

The new base will support the operation of bigger ships in the Persian Gulf between Saudi Arabia and Iran, including the new aircraft carriers HMS Queen Elizabeth and HMS Prince of Wales.

“Our Armed Forces are the face of Global Britain and our presence in Bahrain will play a vital role in keeping Britain safe as well as underpinning security in the Gulf,” said defence secretary Gavin Williamson.

“Britain is a major player on the world stage and this new Naval Support Facility will help us tackle the growing threats to our nation wherever they are across the globe and protecting our way of life.”

“The aim of the Royal Navy being out here anyway is to enhance and ensure the maritime security in the region, and whether or not that’s law and order on the high seas, countering piracy, countering terrorism, making sure that the high seas are all safe for the free-flow of commerce, the free flow of trade to be able to take place,” said Commodore Steve Dainton. 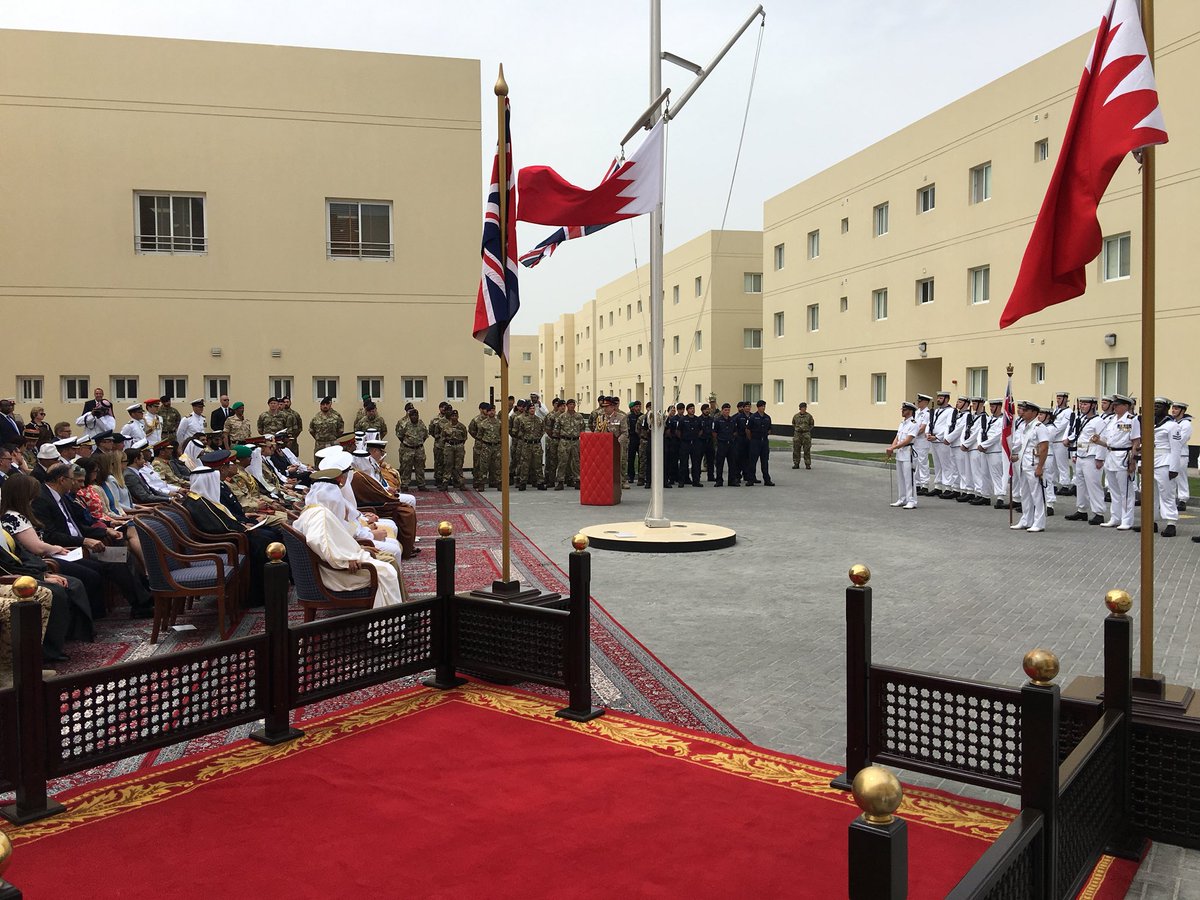 The deal to open the base was announced in 2014 and described by then foreign secretary Philip Hammond as “a watershed moment in the UK’s commitment to the region”.

The US Navy Fifth Fleet is also based in Bahrain on the original site of HMS Juffair, which was established in 1953.

Last year, US Navy commanders accused Iran of harassing warships passing through the Strait of Hormuz and warned of the possibility of an armed clash. Iran denied the allegations.